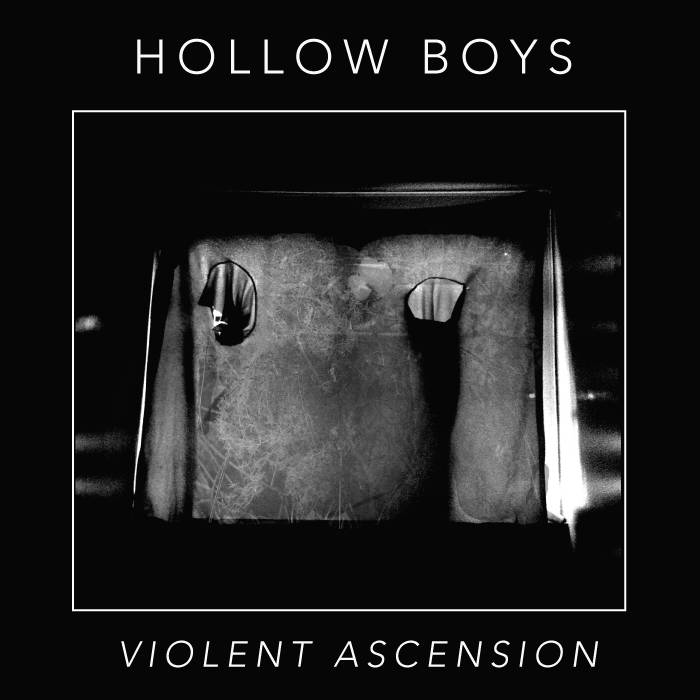 VIOLENT ASCENSION is the second EP by Minneapolis-based Gloom-pop trio HOLLOW BOYS. It is a four-song meditation on the spaces between waking and dreaming life, i.e. fugue states, delusions, lucid dreams, etc.

Following their sprawling second record, BELIEVE IN NOTHING, VIOLENT ASCENSION finds the band pushing the sounds established therein to their logical limits: the perfect pop of "Someday" expertly distills the band's earlier dream-pop efforts; opener "Another You" rides a pulsing, ambient groove before abruptly turning into a garage-rock rave-up and flaring out; "Prayer" further explores the gently humming background noise that populates nearly every Hollow Boys song.

All of this, however, is simply lead-up to "Light," the final and most unrelenting track of the record. Throughout the course of its eight-minute run-time, the song mutates from sparkling motorik hyper-ballad to unrestrained bashing to gentle droning, simultaneously running the gamut of what the band is capable of while furiously pushing beyond it.

Written, performed by HOLLOW BOYS who are Ali/Monica/Cole

Recorded by Ali and Cole, Mixed and Mastered by Ali, all at Ecstattic Studio
Artwork/layout by Benjamin Schurr